Plexon’s CinePlex® Behavioral Research System offers the unmatched ability to synchronize behavior activity with neural recording, and the CinePlex Editor software is what enables that magic. 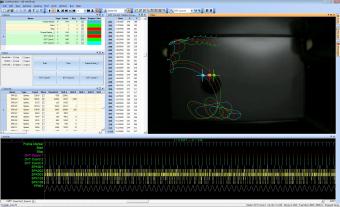 Specialized editing features assist the researcher in scrubbing and preparing the data for analysis. Users can then edit position data and manually enter new coordinates. They can insert event markers and intervals utilizing video-aided techniques. A researcher can even remove temporal segments of neural data during artifact-generating behaviors such as chewing or grooming. As a result, users are able to perform a wide spectrum of actions to refine the data. Data can then be exported to Excel®, MATLAB®, or text files for further analysis.

A Plexon Sales Engineer is available to provide additional information and to assist you in determining how the CinePlex System could improve efficiency, save time and minimize human error.

The table below outlines selected information specific to the CinePlex® Editor.

Any questions? Ask a Plexon Sales Engineer. We are here to help you explore whether the CinePlex System is the best tool to launch you from experiment to publication the fastest.

Post date October 2014. This user guide contains updated functionality for the use of CinePlex integrated with OmniPlex only.