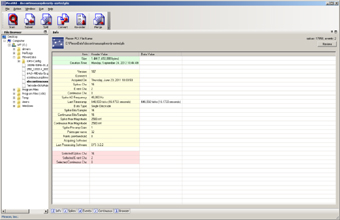 PlexUtil functionality empowers the user to do the following:

The most recent release, PlexUtil 4.0, is required to take advantage of the PLX to PL2 conversion functionality. In addition to downloading PlexUtil 4.0, researchers wishing to convert PLX to PL2 files will first need to ensure that their OmniPlex and/or MAP System license keys have been upgraded (at no charge) to unlock access to the PL2 conversion functionality. For more information and instructions, please see the PL2 File System Overview document on the Resources tab.

PlexUtil is an excellent tool for breaking down large data files. A beneficial next step may be to either leverage Plexon’s Offline Sorter™ program for further spike sorting, and/or NeuroExplorer® for extensive analysis. If you wish to discuss PlexUtil further, a Plexon Sales Engineer would be more than happy to talk with you.