My question is for beginners, which probe would you recommend for optogenetic stimulations, and how many channels are minimum for reasonable recordings?

“So I guess this now pertains to the laminar probes from Plexon, we have clearly the best experience with V-Probes, we have also tried S-Probes, in our hands, the unit recordings are particularly crisp with V-Probes, I think generally the S-Probes have been recommended for penetrating the dura, I showed you that at least with this approach that has been developed in my lab by Eleni Psarou, we can use a… guide tube and we can reliably penetrate the dura even though we are typically not scraping the dura and then the V-Probes give us the best neuronal recordings. We also like them because at the tip they have the smallest dimensions, so of course, with these probes, there’s always a bit of a cost that you pay with each penetration there’s a tiny little damage so the smaller the damage the better and so the V-Probes are basically this the slimmest at the tip there they have the smallest footprint. I think the other question was how many channels, well so generally you know the V1 is surprisingly thin so if you spend about a bit more than 1.5 millimeters and you carefully position the electrode you can have a complete depth recording, higher areas are a little bit thicker and then there’s basically just a trade-off you know if you want to span that depth then the fewer contacts you choose the thinner your probe can be. Actually, you should know that we learned this recently a few months ago that there are standard dimensions on the Plexon website right, so on the Plexon website it says something like I don’t know 24 channels or so it might be 236-micron diameter and there’s some sort of a standard price but you can get them also thinner a smaller diameter for a somewhat higher price that at least at the time was not on the website so that’s what we are using so we generally try to have the smallest footprint possible and then there’s just this trade-off right and generally we found that 236-micron diameter is okay for several penetrations but generally the thinner the better and in terms of the maximum spacing it seems like 150 micron is okay to get a decent cross-spectral density but of course the denser the better.”

Do you implant ECoG arrays below dura? Have you compared epidural and below dura responses?

“Yes, so in the awake macaque monkey we have implanted them subdurally I know that the lab of Andreas Kreiter has implanted them epidurally, and from him I take that epidurally he can also get a defined receptive field but an overall signal to noise ratio that is substantially lower than if you put them subdurally. Now I have to say that if you put them subdurally you can record for a certain time but at some point, the dura is encapsulating typically the ECoG right because these are ECoG strips and then the dura kind of grabs them. So with the time the recording quality can decline somewhat but overall, I think that the best way to do this is to implant them subdurally.”

Do you think the optogenetic induced gamma in cat striate is similar to an arousal input, for example, electrical MRF stimulation, as shown in 1996 and 2004 by Singer and colleagues?

“Absolutely so you’re referring to the work of Matthias Monk when he was in the Singer lab that was at the time when I was also a Ph.D. student there. So well, so the gamma induction itself is not due to the mesencephalic reticular MRF stimulation, but gamma is induced simply by visual stimulation or when we drive the circuit optogenetically then we just see gamma. MRF is a modulating system or maybe under anesthesia it could be enabling but it is not, so the picture that I think I would draw is that the cortical circuit at least in the awake state is very prone at least in the visual cortex to generate gamma if you excited there is sufficient excitatory drive then the tight interaction between the excitatory neurons with the probably the power between positive interneurons this feedback circuit simply generates gamma and what’s specific about the cortex right is this tight interconnectivity between excitatory and inhibitory neurons it is different in thalamic circuits right but in the cortex that’s how it is and that probably generates a gamma resonance or beta resonance in deeper layers maybe because the interneurons there are equipped with different properties as for example suggested by the work of Nancy Koppel. Then gamma is an in some sense a very simple rhythm right any excitatory drive at least to the awake cortex is generating this be it sensory like visual or be it optogenetic and actually, with optogenetic drive, we’ve seen gamma that has been stronger than any gamma we’ve ever seen with visual drive, these other things are modulatory right like a tension is modulatory, MRF stimulation is modulatory.”

Can you please provide the company again for the custom-made guide tubes?

“Ah yes, this company is called UniMed, it is situated in Luzon, and they are specialized for medical tubing. So they can basically take a tube and put a tip on it or they can cut it open on the side or they can take a larger tube and make it thinner I mean it’s amazing what they can do and such a guide tube there is some setup cost which I don’t know off the top of my head but in the end, the individual guide tube if you buy 50 of them or so is actually not expensive it’s a few euros. So we have very good interactions with them.” 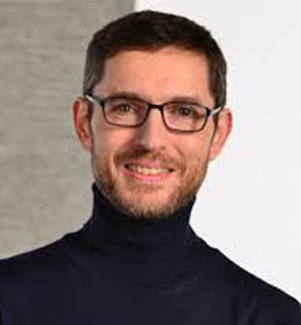