The New DataLogger system is an untethered, battery powered neural recording system that allows wideband continuous recording at 40 kHz sampling rate. The DataLogger system consists of the Base unit, a 32 channel headstage, an infrared emitter, and the BaseControl software. 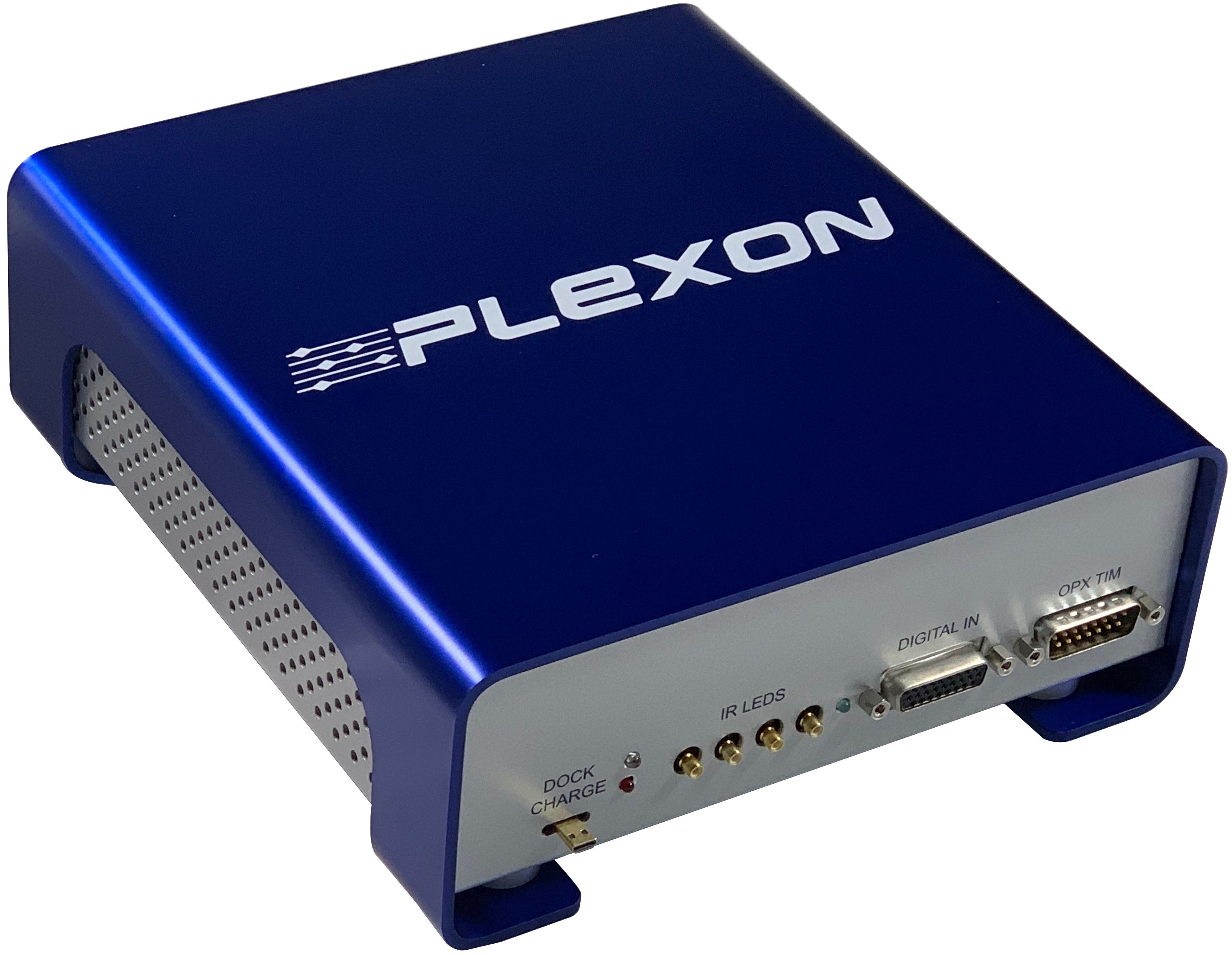 The Base has an AC wall-wart power adapter, a power switch on the back panel, and is connected to a PC using a standard USB cable. It also has a front panel digital input port which can be used to record single-bit or strobed events at the same time that the headstage is recording neural data. These recorded events are then merged with the data recorded by the headstage into a single recording file (PLX or PL2) which can be read by Offline Sorter, NeuroExplorer, the offline SDKs, etc.

The Emitter, which sends infrared commands from the Base to the HST, connects to the leftmost of the four “IR LED” connectors on the front of the Base. Up to four Emitters can be used with one Base, for wider and better IR coverage of the area of an experiment.