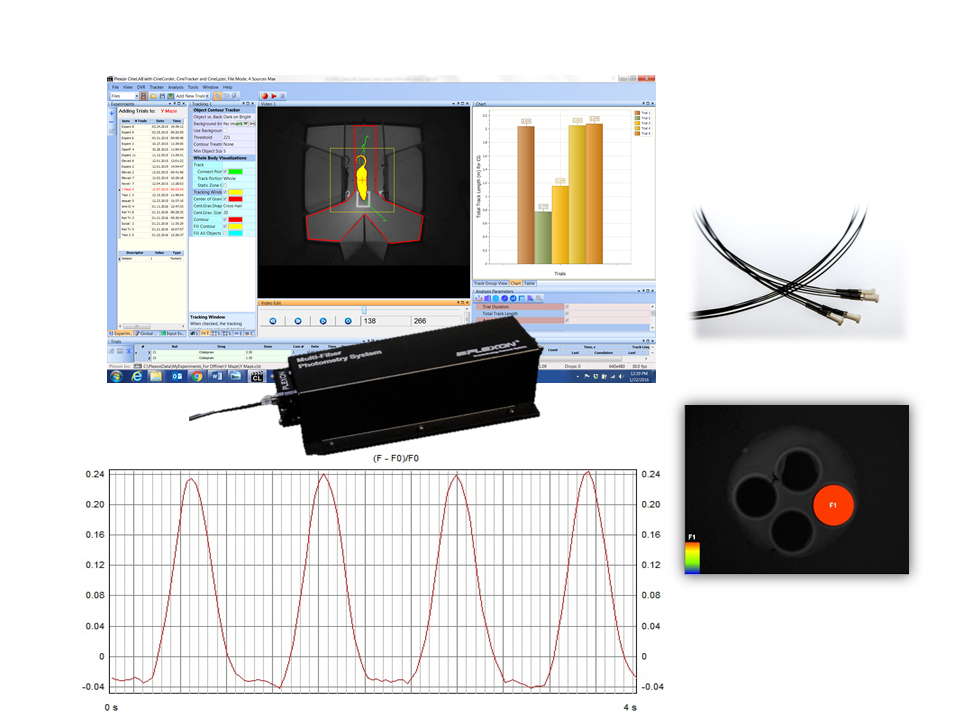 Plexon’s Multi-Fiber Photometry System is a camera based system that images one end of a branching patch cable containing multiple fibers and measures the photometry signal from the individual fibers in the bundle via image processing techniques. 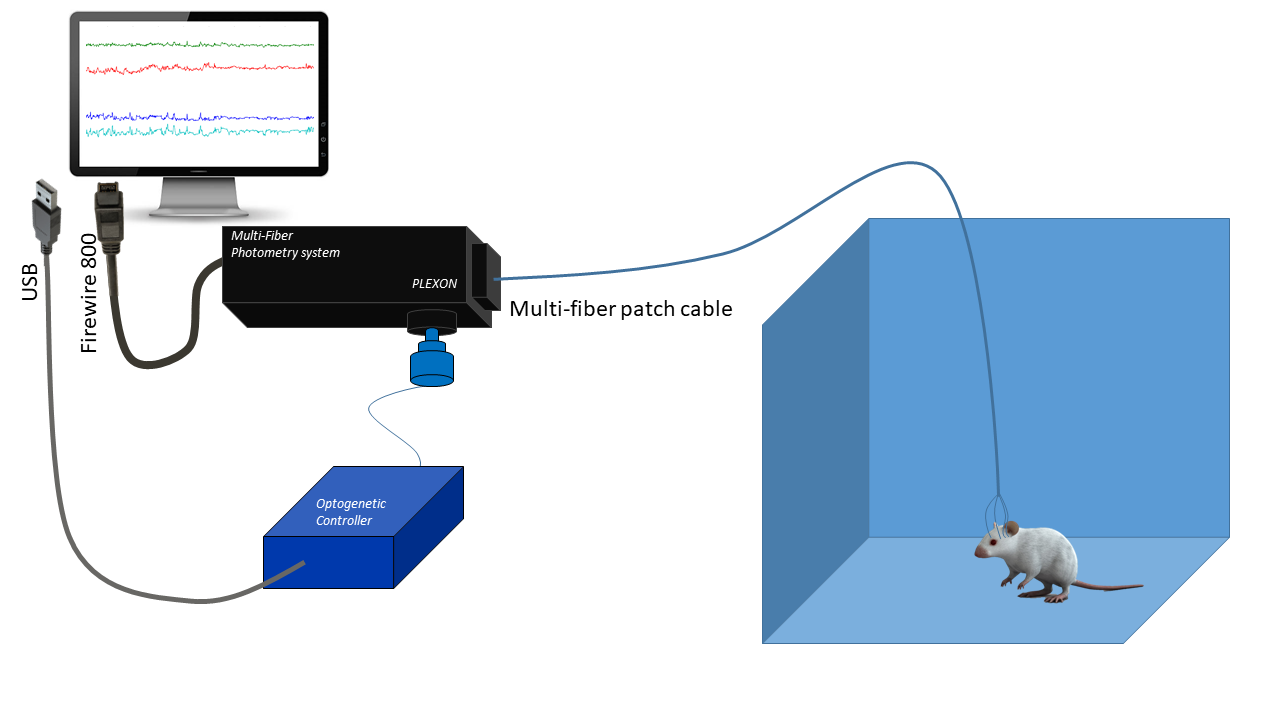 By using a CCD camera through a fiber bundle, the channel number can be easily expanded without extra equipment. The Plexon Multi-Fiber Photometry System is a camera based system that images one end of a patch cable containing a bundle of fibers and measures the photometry signal from the individual fibers in the bundle via image processing techniques. The other end of the patch cable consists of individual fiber branches that are typically connected to fiber stubs implanted into individual brain regions of interest or potentially even implanted into multiple subjects. An excitation light source is projected onto the bundled end of the cable and the excitation light travels down each individual branch to its respective brain region. Fluorescent reporters expressed in each brain region absorb the excitation light and emit an activity dependent light signal that travels back up the fiber branches to be imaged by the sensor.

The diagram above depicts the basic components of the CineLyzer with Photometry system.

The genetically encoded calcium indicators (GECIs), such as GCaMP** proteins, enable optical monitoring of the neural activity in real time. Fiber photometry provides the most sensitive and easiest way to record neuronal activities of the deep brain structures in behaving animals.

Traditional systems employ a single multimode optical fiber implanted in the brain, a beam splitter that separates the excitation light and the fluorescent signals of neuronal activity indicators returning through the same optical fiber, and a photodetector.

This approach allows for imaging of one fiber at a time. Measuring multiple brain regions is crucial to investigate connection between different brain regions to produce behaviors and the neural correlates of social interaction. Plexon’s camera-based approach provides a cost effective means to image from multiple fibers with the same detector.

**GCaMP is a genetically encoded calcium indicator that allows researchers to visualize changes in intracellular calcium in vivo. GCaMP can be used to tag cell-type specific neurons with engineered fluorescent proteins and then measure the levels of fluorescence in response to changes in intracellular calcium concentration. The fluorescence emission of the GCaMP indicator increases with elevating calcium concentration. Fiber photometry enables the researcher to record the neural activity of genetically defined subpopulations of neurons through an optic fiber in freely moving animals.