At the heart of the PlexBright® Optogenetic Stimulation System are the cost-effective and powerful PlexBright LED Modules for standard use (Table-top LED Modules), or for use with our PlexBright Commutators for freely behaving animals (Compact or New Head-Mounted LED Modules). A full spectrum of wavelengths enables you to get the most out of your research whether you are performing acute or chronic in vivo experiments or in vitro preparations. 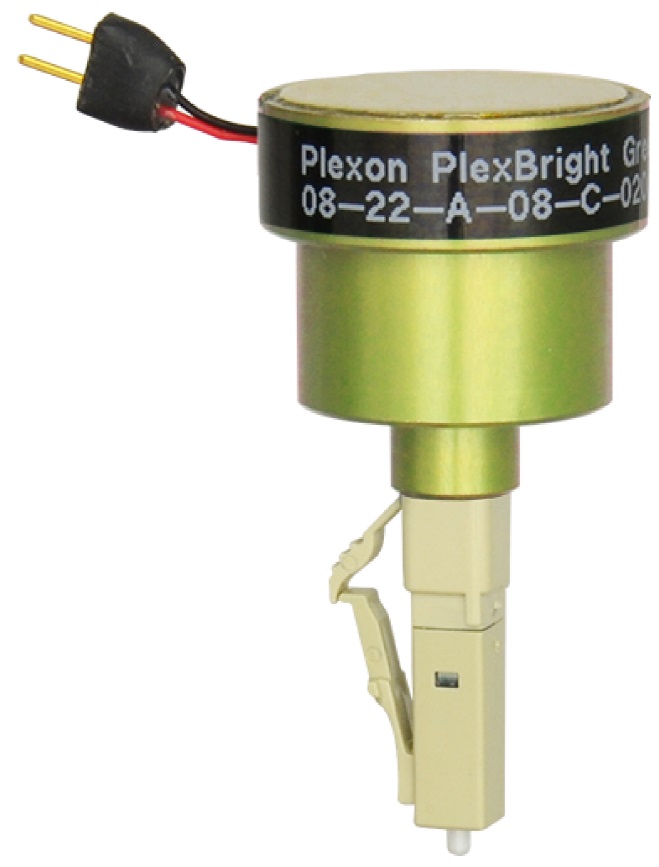 PlexBright Compact LED Modules provide the same performance as the PlexBright Table-top LED Modules, only in an ultra light-weight and miniaturized package designed to be mounted to either of our PlexBright

Commutators that deliver power to the LEDs as they spin freely along with a behaving animal. These modules have recently been enhanced to feature a magnetic connection to the commutator. The new style of magnetic attachment enables faster module interchangeability. These Compact LED Modules are compatible with the PlexBright Dual LED Commutator, PlexBright Dual LED + 16 Channel Commutator for simultaneous neural recording with analog headstages, or the NEW Carousel™ Commutator for simultaneous neural recording with digital headstages.

PlexBright Starter Kits offer the initial products to get started. Kits are available in four experimental designs and with either driver (the economical kit with the LD-1 Single Channel LED Driver or the fully functional kit with the PlexBright 4 Channel Optogenetic Controller with Radiant Software).